It’s all go for women skip lorry drivers at GBN 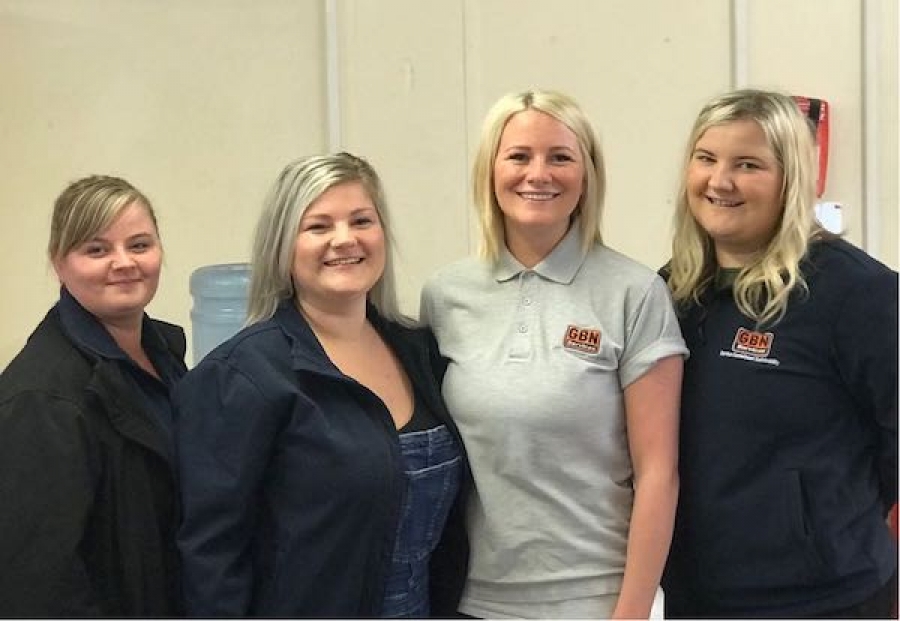 Three female skip lorry drivers are proving that women can succeed in an industry traditionally dominated by men while working for GBN.

Kelly Hooper, Jodie Craig and Andrea Parsons work as skip lorry drivers for the company in Harlow and Rochford, ensuring that waste and recycling is collected from customers around Essex.

The drivers join the four women at GBN who hold a Transport Manager’s Certificate of Professional Competence (CPC), giving them the knowledge and expertise to run transport operations. This includes Charlotte Barber, Katie Barber and Carrieanne Barber in Rochford and Joleen Conlon, who runs the dustcarts in Edmonton.

“These women are a great asset to the company”, says Alan Barber, GBN’s Group Transport Manager. “There seems to be more women getting into the industry and that is a good thing.”

Mr Barber added that, while driving a skip lorry was more physical than some other driving roles, the attractions of the job included flexible hours and being able to work in the local area.

Previously a van driver, Kelly Hooper passed her HGV test in 2016 and has been working as a skip lorry driver for GBN Harlow ever since. She is known within the company for keeping her vehicle spotless.

“It is such a male dominated world which can be intimidating at the start”, she recalls. “But it was the best thing I’ve ever done. I would definitely recommend it to other women as I really enjoy it.”

As well as offering a competitive salary, she said the role gave her the freedom to get out and about and offered more variety than many office-based roles.

“I think it is really important that more women enter the sector”, she said. “It would be nice to see more women as well. I find the job rewarding and I think they would too.”

Charlotte Barber explained that her interest in driving developed when she was taken out in lorries by her dad at a young age, and suggested that other women needed more encouragement.

“I don’t think women are encouraged enough”, she said. “When I came to GBN I didn’t just want to book skips, I wanted to be more hands on. I love the variety—there is something different every day.”

Going forward, GBN remains committed to providing equal opportunities to men and women and is encouraging more women to consider a career in the industry.

Mr Barber said: “I think the more people see women driving skip lorries the more will apply. I would encourage more women to give it a go.”