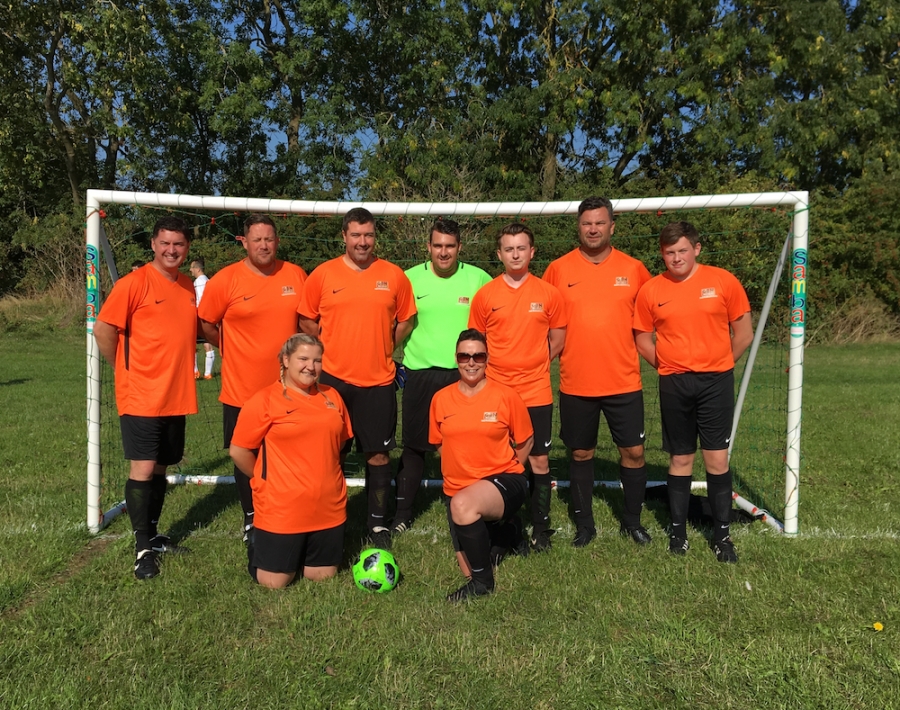 Sporting the company’s black and orange livery, nine employees from GBN teamed up for this year’s Waste World Cup, which got underway at the Brackley Leisure Centre in Northamptonshire, last month (August 31st).

Now in its sixteenth year, the tournament brought together a number of recycling and waste management businesses, as they competed for top spot.

Lee, Billy, Dave, Colin and Grant are regular football players who have played in weekend leagues within different boroughs since a young age.

Despite their hard work and determination, GBN lost 2-1 to the latter securing fourth place within their assigned group (D).

Speaking of the day’s events, Karen Smith said: “We all had a great day. We thought it was very well organised and it was great to meet some of customers and have a bit of banter on the pitch. We all went away smiling and knackered.”

Aside from the football tournament, there was also the WasteAid Wheelie Bin, Crossbar, and British Bins Top Bin Challenges, where delegates had a chance to grab some great prize giveaways, in exchange for a small donation.

All proceeds were sent to WasteAid – A foundation that helps develop waste collection and recycling programmes with communities in low-income countries.