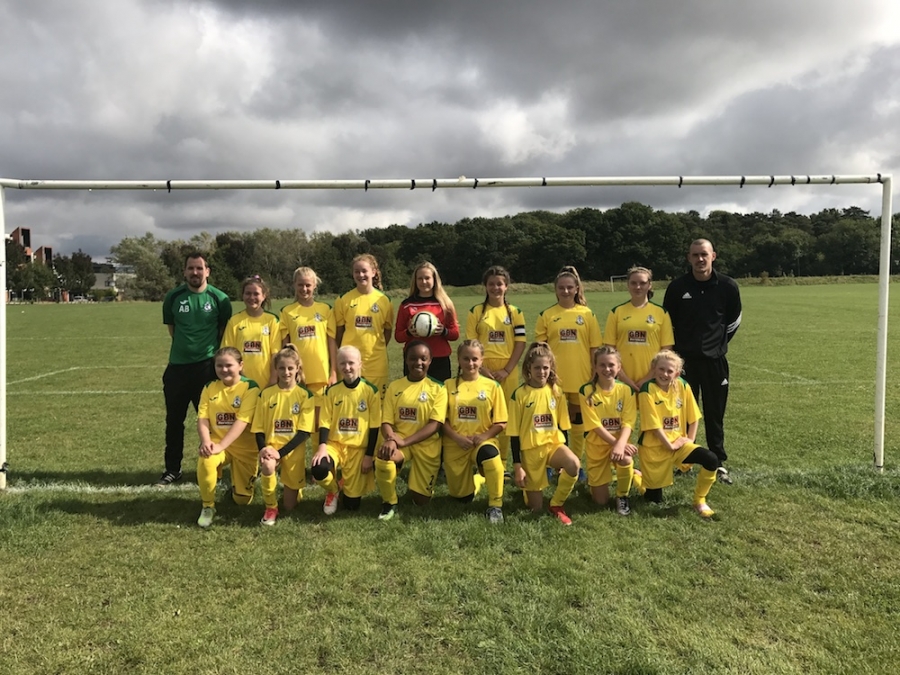 GBN Services is delighted to renew its sponsorship with the Great Wakering Colts Girls U14 Football Team.

Based near Southend on Sea in Essex, the team was formed last year and is part of the semi-professional football club – Great Wakering Rovers.

The girls have enjoyed a successful first season after being promoted to the Essex County Girls’ A League Division. They have recently played their first match for 2018/19, where they tied 4-4 with the Grays Athletic Girls U15 Blue; putting both teams in joint fourth on the league table overall.

“I’d like to thank GBN Services for its sponsorship. 2017/18 has been a wonderful year with lots of achievements,” said Development Officer, Claire Sweeting. “Firstly, we came second in the B League Division, which led to our promotion. We also had a great season with The Essex County Cup competition, where we qualified for the semi-finals.”

Claire added: “We are so pleased with how the 2018/19 season has started. The girls are fully focused and determined to do better than their best. They are training hard and we are looking forward to a very exciting season ahead with GBN supporting them all the way.”

Previously, GBN provided football kits to the club sporting the company livery, which has appeared on social media including: Facebook, Twitter and Instagram. It has also been featured in The Echo and league brochures.

The company is pleased to offer funding for the next kit, as the 2018/19 games commence.

Garry Hobson, Managing Director of GBN Services, comments: “We are pleased to be supporting the Great Wakering Colts Girls U14 Football Team for another season. The girls should be extremely proud of their achievements and efforts so far, and we wish them the very best of luck in all of their matches.”