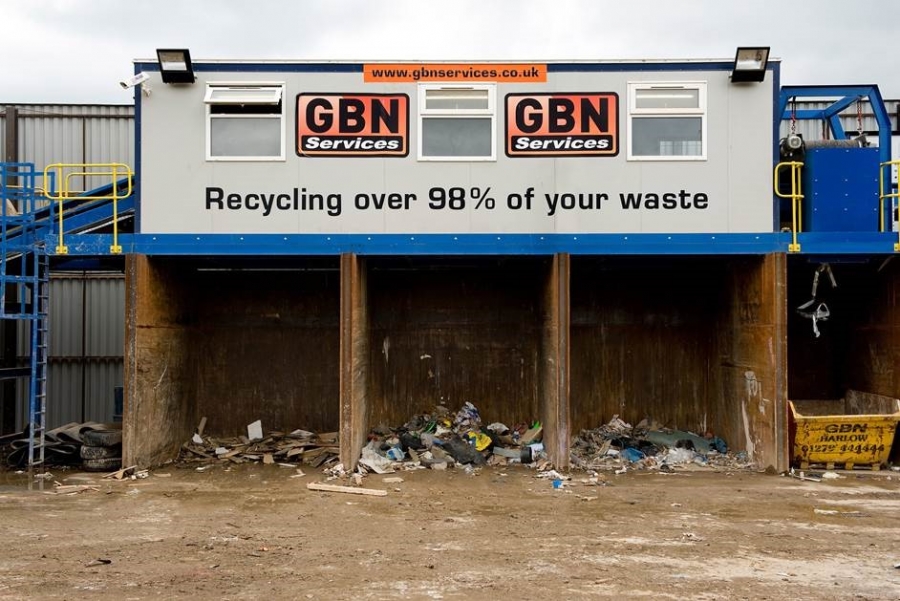 GBN’s Harlow recycling and waste transfer station on River Way is the largest of its kind in the Harlow area.

Licensed to handle 75,000 tonnes of waste a year, the depot provides skip hire and recycling services to customers across Hertfordshire and Essex.

“We cover roughly a 25 mile radius, from Stevenage and Welwyn in the West to Chelmsford in the East”, explains site manager Steve Caley. “Most of our business is skips and we send out about 60 skips a day to customers including householders, builders and businesses.”

GBN has operated in Harlow since 2006 but was previously based at a smaller site in the Hastingwood area. Since moving to the £1 million purpose-built premises on the Maple River Industrial Estate in 2013, the depot has been able to extend its opening hours and boost its recycling rate to 94%.

Once waste is brought into the site, it is tipped in the yard and sorted for recycling into different fractions including wood, metal, hardcore, light material and fines. Light material such as packaging is sent onwards to GBN’s Basildon depot for processing while hardcore material such as rubble is loaded into a state-of-the-art trommel for separation.

Twenty-one staff work at the depot, including drivers, office and yard staff. Mr Caley previously worked as a driver for GBN, before being promoted to Harlow site manager in January 2017. Since then, business has grown and he has already had to recruit three new drivers.

“We are the smallest of GBN’s six depots but we are busy”, he explains. “We have built up a strong customer base because we are reliable and our prices are competitive.

“We can also serve big sites because we are part of a bigger company with depots across London and the South East.” 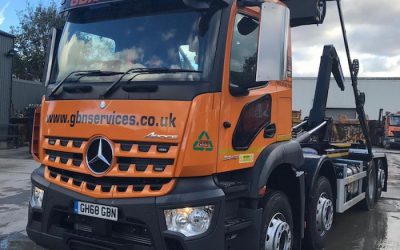 GBN Services has added to its growing vehicle fleet as part of an investment worth over £1M. The upgrade will prepare GBN for London’s Ultra Low...